The following is a small portion of chapter 2, “What’s the Objective?” from my latest book, “The Excuse Assassin.”  This part of my book is largely about dreams and goals, and I thought that this little glimpse was something that you could find not only entertaining, but hopefully also glean a little insight into dreams and goals

When I was a kid, I used to think the Grillo family was pretty well oﬀ. Somewhere in my high school years, my dad bought a 32-foot Pierson sailboat.  Especially with the sails up, this thing was enormous to   me.

There was enough room to sleep a family of four comfortably. There was a kitchen and a little bathroom complete with a stand up shower. In fact, I thought we were downright rich until we planned a family getaway on the boat.  The destination was Newport, Rhode Island.  You probably can easily jump ahead and see where I am going with this! After sailing a good part of the day, best I can recall, we arrived. I took the dingy, which sat maybe 3 of us and I puttered along on the way to shore.  We floated gently past all kinds of ocean-going vessels. All along, my jaw hanging open in absolute amazement!  The one private yacht that still to this day stands out in my mind was ridiculously out of this world. In addition to simply being massive, it had two twin engine Scaraab boats hanging from cranes at the stern of the ship. People like us had a rubber dingy that held 2 or 3 people and barely moved with its tiny whirring outboard motor that probably knocked out a massive 20 horsepower! Remember the opening to the old TV show Miami Vice? That cigarette boat, they call them, that was a Scaraab! These things were at least 32 foot long each and had two massive outboards each and could probably do serious speed! Additionally, this yacht was at least three levels that I could discern. Our house didn’t even have three levels!  Then, as if it were the crown jewel itself, sitting high atop this magnificent ship was a helicopter!  Come on now!  Needless to say, this was a shocking dose of reality.  It was an awe-inspiring experience and humbling at the same time.

So, here’s the problem in my estimation when we dream to this extent. When the dream or the goal is so far out there and so massive and I’ll say it, unrealistic, it puts us in a place where we are set up for frustration and eventually failure.  And not to burst your bubble or anything, but maybe you or even I   could get there someday. I contend that if we do, it is because we set a whole lot of smaller, more attainable and gradually increasing goals along the way.

I actually had a guy probably twenty years ago try to guilt me into getting involved in his scheme.  He played upon my losing my sight.  His pitch was “when they get to a place where they can fix your eyes, don’t you want the money to be able to go and get it done without having to wait longer for insurance to cover it?”  Good grief!  I am as optimistic as anyone I have ever known.  In fact, I’ll say it right here right now for all the world to read, I sincerely believe I will see 20/20 one day!  Whether through direct miraculous, divine intervention or through the miracle of scientific breakthrough, I believe it will happen in my lifetime. No doubt. Period. End of story. My belief in this fact is unshakeable. There is also a little thing we should temper our dreams with and it is called reality.  What if I had listened to that guy?  Twenty years in how satisfying would it be, even if I had realized decent success in what he was peddling, there is still no cure and my miracle is still out there on the road ahead somewhere.  Not to say that being prepared for such an eventuality is not a worthy goal, I mean, sure it is. But if the goal is not realistic then of what worth or what satisfaction would there be? Maybe I am wrong, but I don’t think so. I just feel as though any gain that I had accrued pursuing the specific goal aforementioned would be filled with frustration and perhaps a touch of anger or resentment. At the very least, at some point during the past twenty years it would have required serious re-evaluation of goals on my part, I promise you. Without actual, tangible attainable goals, how can you keep on?

You know the obstacles that lay in front of you. Decide what is your ultimate, reasonable, attainable goal. Once you get the ultimate goal, you can break it down into smaller bite-sized attainable goals that serve as landmarks on the road to your goal.

I sincerely hope that you enjoyed this peek inside “The Excuse Assassin.”  Please see my product page for links to the ebook as well as the paperback edition.  You may also catch some of the reviews and testimonials as well. 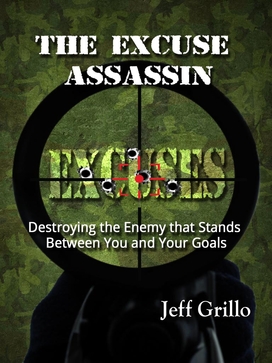 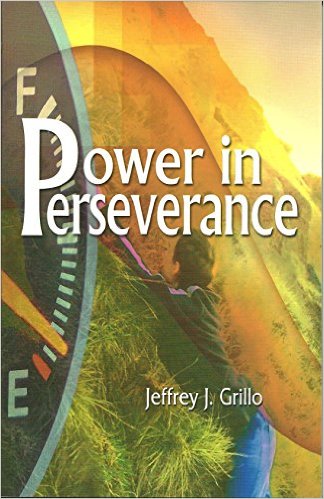